UKZN’s School of Education and the School of Religion, Philosophy and Classics in the College of Humanities, in collaboration with the University Language Planning & Development Office hosted the 2021 John Langalibalele Dube Memorial Lecture. The lecture was facilitated by Ms Natalia Molebatsi, a South African writer, performance poet and cultural worker.

Deputy Vice-Chancellor and Head of the College of Humanities Professor Nhlanhla Mkhize opened the lecture and spoke to a book commemorating the life of Dube edited by UKZN academic Professor Simangaliso Kumalo and titled, John, Nokutela and Angelina Dube. Pioneers of Education for self-reliance, liberatory religion and democratic politics in South Africa. ‘Dube’s leadership was both selfless and ethical. The book is a fitting honour for him and comes at an important time when South Africa faces ethical dilemmas. It will benefit current and future generations,’ said Mkhize, who also wrote the foreword for the book. It will be available in the coming weeks.

The John Langalibalele Dube Chair in Rural Education at the School of Education, Professor Relebohile Moletsane gave an overview and history of the JL Dube lecture which began in 2003. ‘The four-day event was headlined by local and international scholars who paid tribute to the life of Dr JL Dube who would have celebrated his 150th birthday in 2021. In the context of the current challenges facing South Africa and the world, including COVID-19, GBV, climate change, poverty, inequalities and societal fragmentation and conflict, we mark this anniversary of the birth of this African intellectual with a series of lectures to reflect on his legacy and how universities and other stakeholders might draw on his philosophy and teachings to effect social change.’

William H Laird Professor of French and the Liberal Arts at Carleton College (Minnesota, USA) Professor Cherif Keita delivered the closing lecture of the series.  He said that, he became acquainted with Dube’s history during his first visit to South Africa. ‘I returned to the United States with a fervent desire to learn more about him, and about his life and training in the US, in the hope of consolidating his legacy for future generations. The more I thought about Dube’s life, the more I realised that film was the best medium to bring him more vividly into the collective memory.’

Mr Mweze Ngangura, an award-winning filmmaker from the Democratic Republic of Congo who was based in Brussels (Belgium) was approached to bring the film to life. Keita planned to interview Nelson Mandela about the life of Dube. However, Mandela confessed he did not know much. Keita admitted that he was disappointed at this revelation, but saw it as an opportunity to honour the life of Dube and make it known to the world.

He discovered that Dube’s parents were married in his adopted hometown of Northfield, Minnesota. ‘The Dube story, that had started as a distant one, had suddenly become a local story, even a personal story to me. I found in the most unexpected way my own connection to a story some people thought I had no legitimacy to retell. Instead of me finding the Dube story, the story found me,’ said Keita.

In December 2004, he completed his first film, Oberlin-Inanda: The Life and Times of John L. Dube that was selected for the 2005 Pan African Film Festival in Ouagadougou (Burkina Faso). Dube’s grandson, Mr Zenzele Dube, attended the festival, where the film attracted press coverage and a Special Mention for Best Documentary in a Special Prize category.

The film was screened at the 2005 Durban International Film Festival on the Howard College campus. Former President Thabo Mbeki requested that this first ever film about Dube be made available to SABC. It was later shown to apartheid activist Professor Fatima Meer and former President Mandela.

‘The truth is that from that day of January 1999 to today, my life has been changed profoundly. Never a day has passed without my thinking about Dube, Wilcox, Nokutela Dube, Inanda, Cornfields, Thembalihle, and the whole web of unsuspected connections that would have gone unnoticed without my modest involvement in retrieving South Africa’s complex liberation history,’ said Keita.

Ending his lecture, Keita regaled the audience with the poem Remember by Don Mattera. ‘Dube was a humble leader who worked tirelessly for a day when the children of Africa will walk with their heads held high, enjoying total control of their own destiny on the land of their ancestors. May his example of community service continue to inspire us to invest our better selves in the building of just and equitable nations across Africa,’ he said.

Responding to his lecture, Kumalo talked about the forthcoming book, and further discussed the gender equity in the marital relationship between Dube and Nokutela and Dube and Angelina. He also spoke about Angelina remaining steadfast in upholding Dube’s legacy after his death.

Kumalo addressed Dube’s education for self-reliance which is ‘to comprehend and understand, to have the right knowledge and to create and build with the education received.’ He noted that two outcomes are important: education as liberation and education as the most important driver of economic opportunity.

‘May we continue to learn from Dube in his teachings on education, leadership and politics as they are relevant today,’ said Kumalo. He also urged the public to keep the legacy of Dube alive and made an undertaking that in 2023, the lecture will focus on and commemorate 150 years of Nokutela Dube.

Mr Langa Dube, grandson of JL Dube, expressed his gratitude to UKZN and Keita for their documentation on his grandfather. ‘We are honoured that our grandfather is being remembered and praised within the African context. This memorial lecture keeps to the value of the importance of quality education as a tool of liberation for the black child. This can be heralded as a collective effort. We need to have a continuous conversation about Dube in all corners of the country and develop this culture of documenting our heritage so it is not forgotten, and can be shared with future generations.’ PhD student in Education Ms Jennifer Sheokarah has launched her new book, The Intruder, a suspense thriller inspired by living through the COVID-19 pandemic. ‘I 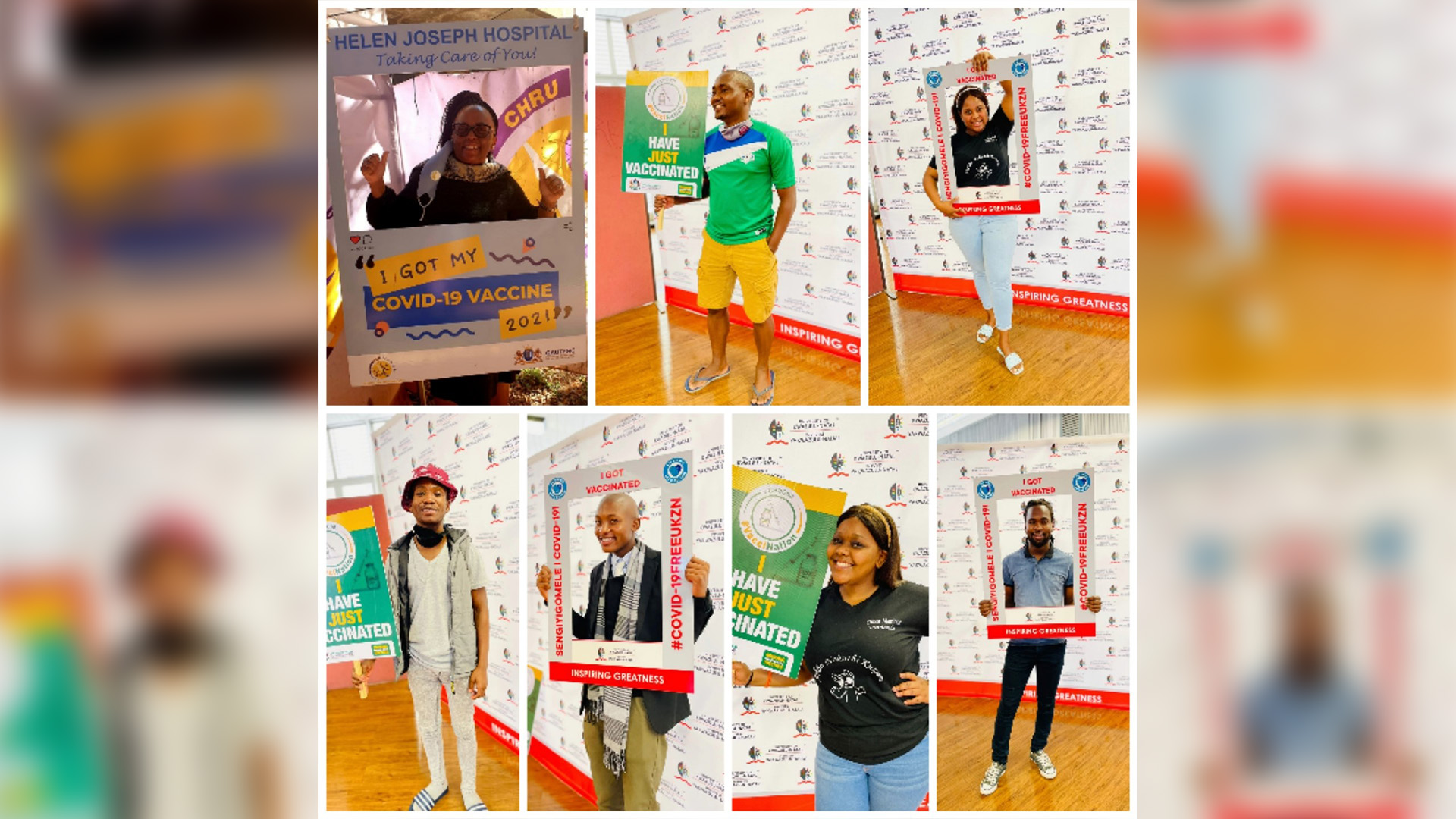 Students in residence on the Edgewood campus received their COVID-19 vaccination on the same day that Mrs Sisana Machi, Interim Director of the UKZN Department 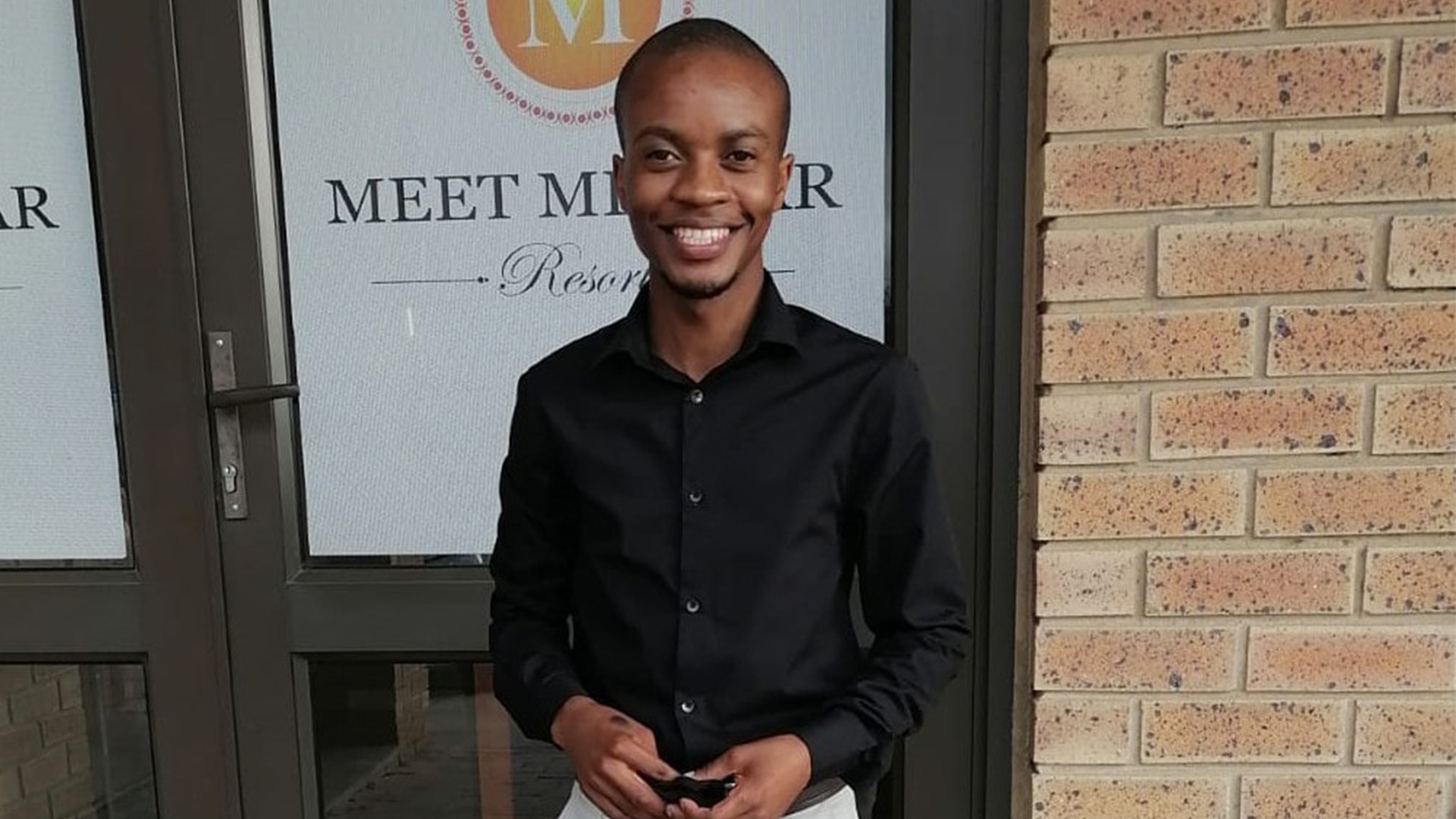 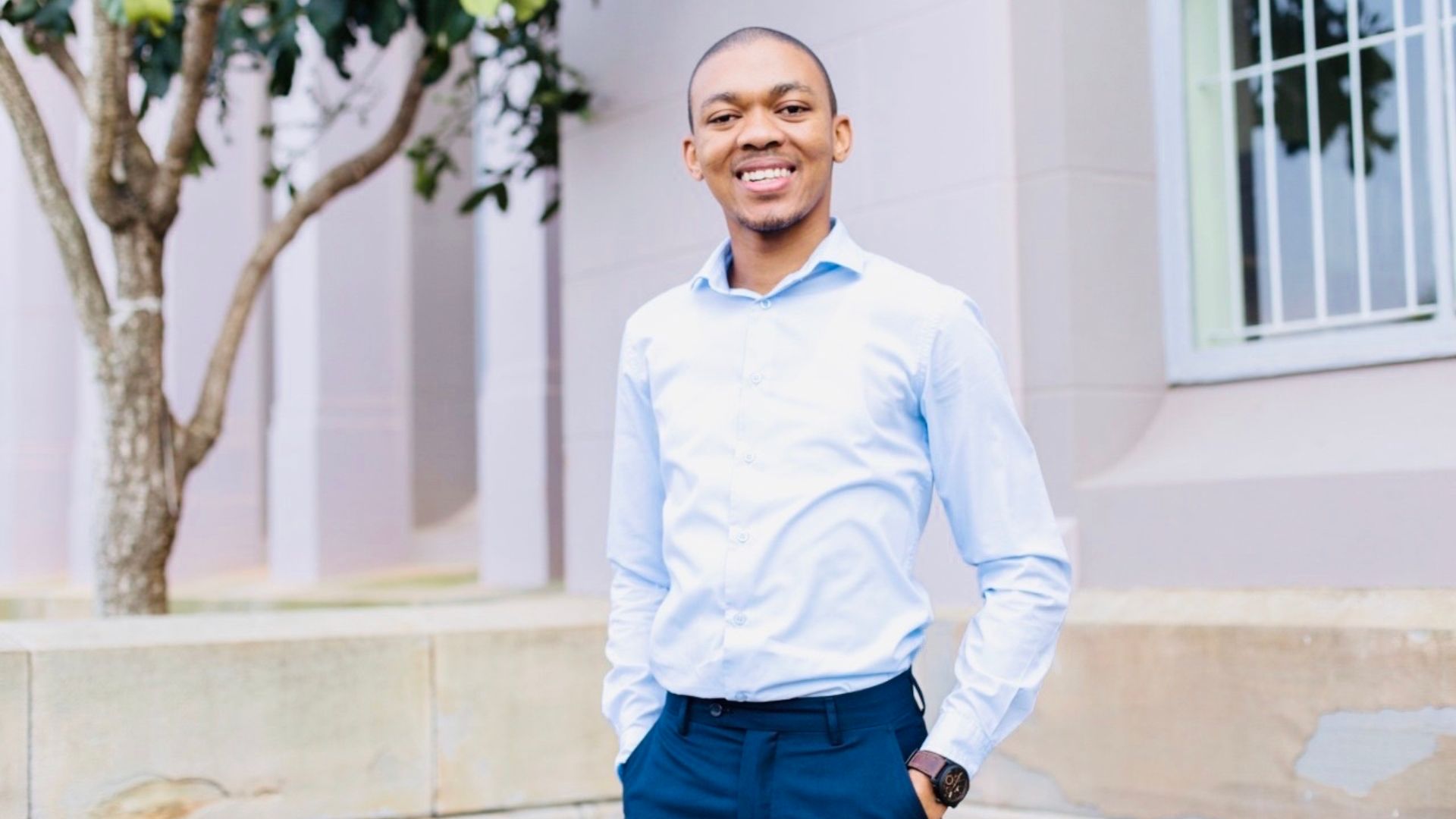 Mathematics Education lecturer in UKZN’s School of Education, Mr Mzwandile Wiseman Zulu has been awarded the ERASMUS+ Mobility scholarship to study at the Liepaja University