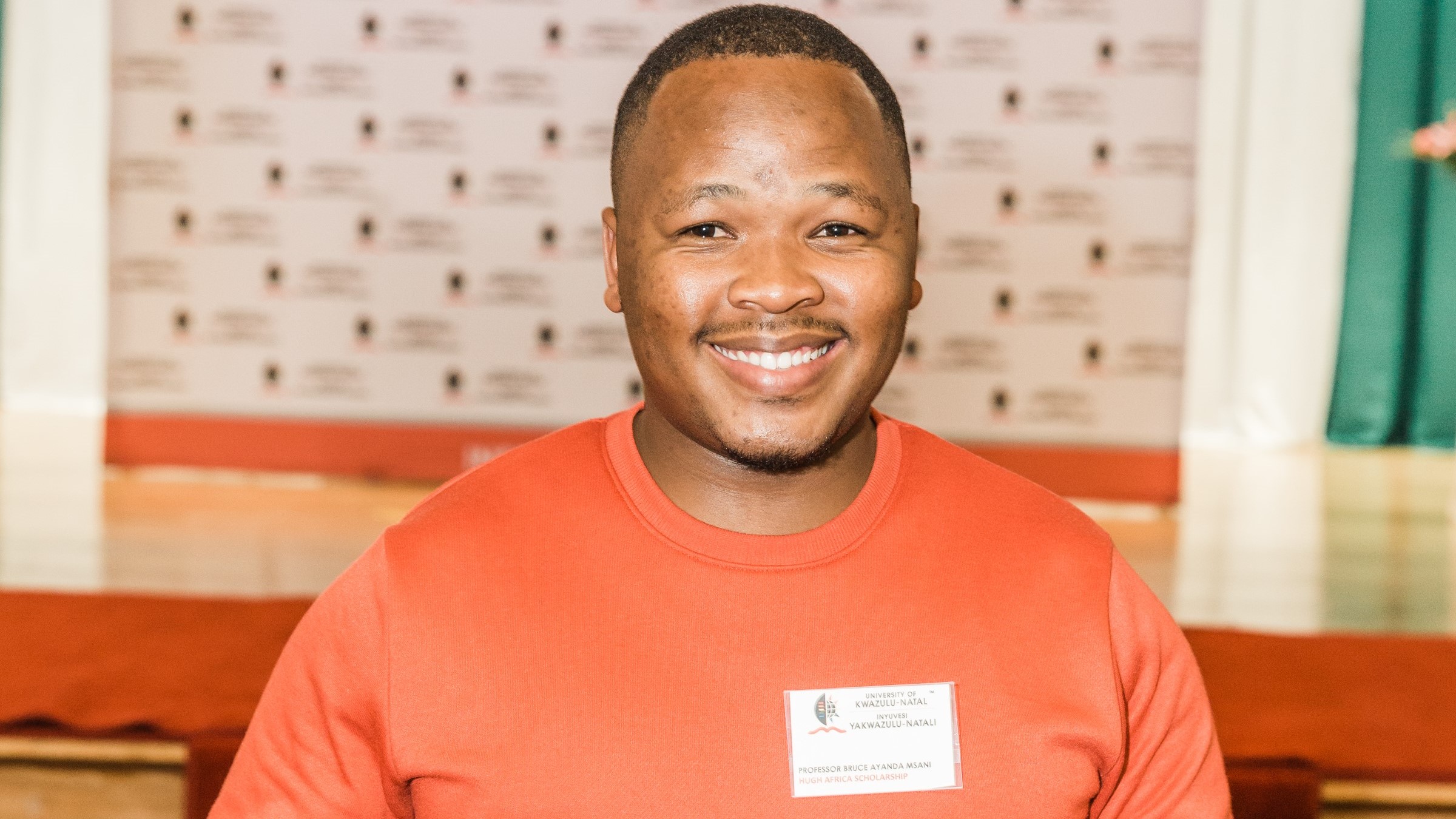 The Scholarship is named after Professor Hugh Africa, a distinguished educationist and former Vice-Chancellor and former UKZN member of Council and Honorary Doctorate Recipient. The scholarship is awarded annually to a top new entrant choosing to study education at UKZN.

Msani, a former Khanya High School pupil from Umzinto was elated, saying, ‘With this scholarship, my family doesn’t have to worry about paying my fees. It has inspired me to work even harder for greater rewards. In matric, I sacrificed a lot of activities and time just for my books because I wanted to excel and hopefully receive funding. Coming from a home where no one is employed is a challenge but it has never drained my hope for a better future.’

Hard work isn’t new to Msani as he has always excelled academically in high school and participated in various leadership roles such as a Representative Council Leader (RCL) committee Chairperson and Head Boy, as well as being a youth leader at his church. ‘Being a student at one of the most respected institutions (UKZN) is an honour and the fact that I got to enrol for my dream career is the cherry on top. I have always wanted to be a teacher from a very young age,’ he said.

Msani is thankful for the scholarship, extending his appreciation to the donors for their kind contributions towards making South Africa a better country through awarding deserving students, especially those from disadvantaged backgrounds, a lifetime opportunity to further their studies. ‘When I got the news that I was receiving a scholarship, people around me were excited. Learners from my former high school see me as a role model. By receiving this scholarship, it proves to them and others that anything is possible regardless of your background,’ he said.

Like his second name, Msani plans to further his studies until he reaches the respected Professor title. ‘To those future scholarship recipients, they must grab the opportunity with both hands, utilise it to the best of their ability,’ he advised. He sees scholarships of this nature as important because ‘they serve as a huge motivation for students who are determined to succeed in life.’

Professor Desmond Govender of the Discipline of Computer Science Education in the School of Education delivered his virtual inaugural lecture titled, A Turbulent Learning Curve:

The College of Humanities and the School of Education’s webinar on Critical Perspectives on Vaccine Hesitancy featured Professor Suleman Dangor; Dr Mayashree Chinsamy; and Professor